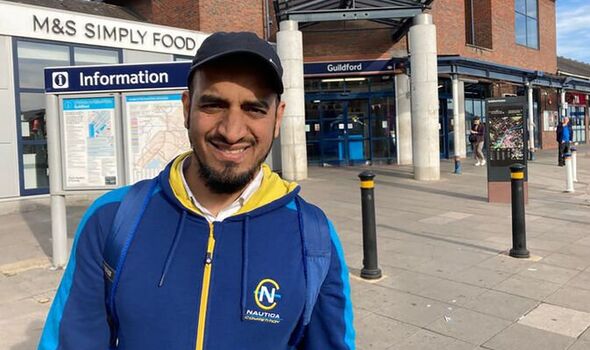 Millions of passengers across the UK are being impacted by the strikes which began today (June 21). More than 50,000 RMT union members are staging the three-day walkout over pay and redundancies.

Yesterday evening, last-ditch talks failed to stop the industrial action which has left lines operating on massively reduced timetables, with some rail firms not running at all.

Surrey Live spoke to passengers at Guildford Station in Surrey to see how the travel disruptions have impacted them.

Mohammed Ibrahim Ali works as a security guard in Guildford but lives in east London.

After his night shift is over he usually takes the train home, but cannot today as no South Western Railway services are running from the station.

He said: “Normally the price of my train ticket is nearly £20 but now I’m paying £102 for an Uber taxi – five times more.

“I looked on Google and it was telling me the station was open but when I came here it was closed.”

When asked how he feels about the strikes he said: “I don’t know much about them but we will have to see how it affects everyone in the coming days.”

The three major train companies in Surrey – SWR, Great Western Railway and Southern – all warned passengers to travel only if necessary this week, with limited services operating on the days in-between the strikes.

One person waiting for a bus to Woking, who wished to remain anonymous, said: “I kind of agree why they did it – because they want more money and to make a point.

“But I don’t know who should have stepped in and helped out but someone should because the transport services are vital in helping the public because not everyone drives or can get to where they need to go.” 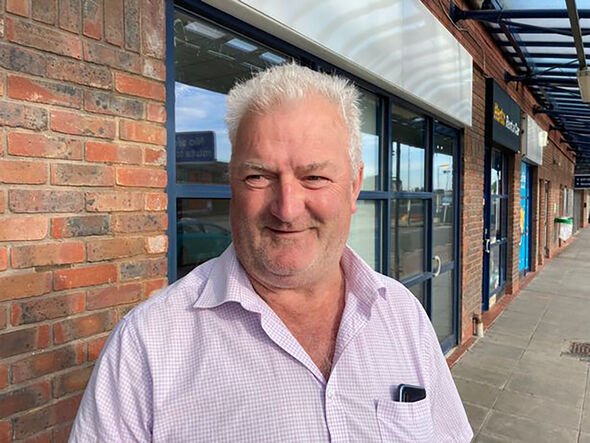 Another anonymous person said: “I’m paid less than half of what they [rail staff] are and they still want more money.

“I think it’s completely unjustified and everyone has had to make efficiency savings and a lot of people are paid half of what a train driver is and they are going to have to put up with this.”

A group of taxi drivers waiting outside the station to pick up customers described the day as being like “Boxing Day” or “lockdown” due to the station being closed.

One driver, Ian Brennan, said: “By 5.50am I’d had one job for £9. But if no one comes because the station is closed then that’s it – we’re without work. The strike is having a crazy effect on it. “

The majority of stations across Surrey will be closed on all three strike days, including Guildford London Road, Dorking and Epsom.

The closest one to Guildford that is open on these days is Woking.

However, only four trains per hour will operate between 7.30am and 6.30pm. 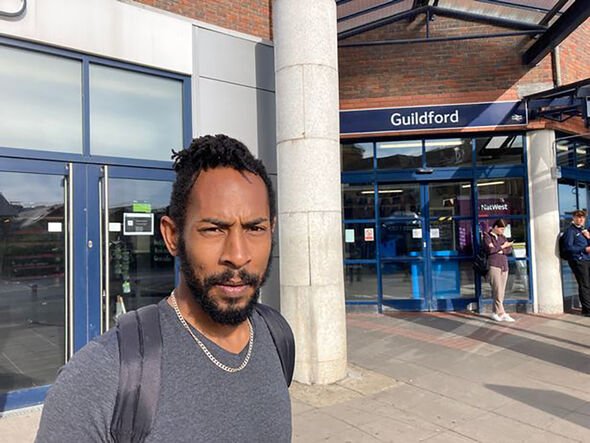 Ash works in Bagshot and normally takes three trains to travel to work from Godalming.

However, today he took the bus to Guildford and was waiting for a friend to pick him up.

He said: “The strikes are going to make it difficult this week. I am lucky today with being picked up but I don’t know about the next few days.”

Luke uses the train every day to travel to work in Farncombe. He said: “I’m now having to pay more money to get an Uber.

“My train is about £3 from here and now I have to pay £10 for an Uber. It’s literally one train there that takes five minutes.

“Now I’m going to be late for work – it’ll only be about 10 minutes but that’s not the point. It’s a pain and I’m sure it is for a lot of people.

“I’ve seen a lot of people being turned away [from the station] and having to pay taxis, standing around here waiting.

“The number of people it’s affecting and the amount of more money that has to be spent.

“At the moment money is tight and after Covid a lot of people aren’t working as much, so it’s a lot harder on people.

“I get it that they want more money but it’s not really convenient for everyone else who wants to get to work.

“Woking station is apparently open and so I don’t see why Guildford can’t be open? If I’d known that then I would have gone there.”

RMT general secretary Mick Lynch warned that the dispute could continue for months.

Speaking to PA news agency, Mr Lynch said: “It is clear that the Tory Government, after slashing £4 billion of funding from National Rail and Transport for London, has now actively prevented a settlement to this dispute.”

The Department for Transport disputed Mr Lynch’s clams, adding that it has cost taxpayers about £600 per household to keep the railway running during the coronavirus pandemic.