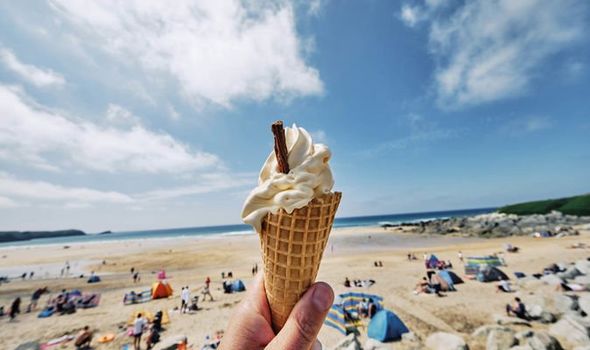 Created by Edoardo Minghella and his wife Gloria, parents of the late Oscarwinning film director Anthony, it has been a hit for more than 60 years, lapping up more than 80 awards. With an astonishing 200-plus flavours on the Minghella menu, you’re sure to find a different tantalising flavour to try with each visit.

This family-run business has been producing ice cream since 1908.

Luca Scappaticcio arrived from Italy in the 1800s and learnt the art of making luxury ice cream in the kitchens of a posh Scottish hotel. He went on to open the first S Luca ice cream parlour in the Scottish seaside town on the east coast.

In the days before refrigeration, his wife Anastasia kept the ice cream cool by packing it in straw. These days, a high-tech factory churns out 37 flavours including classics vanilla and chocolate, as well as Malteser and banoffee.

Since the turn of the last century, the Alonzi family have been churning out mouth-watering gelatos, starting with a tiny bar and a modest fleet of beachside barrows in the Yorkshire seaside resort.

But since opening the Harbour Bar back in 1945 with a modest menu of ice cream and coffee, the family haven’t looked back, closing after just two hours, having sold out of everything on that August Bank Holiday.

Locals and tourists alike are happy to queue up at the retro-style ice cream parlour in Sandside for a taste of their legendary knickerbocker glories and sundaes. 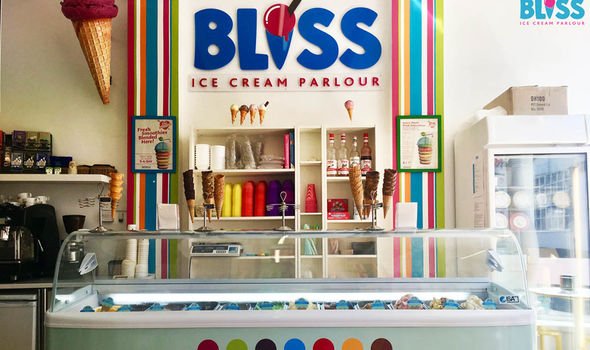 As demand grew for its mouth-watering ices, based on a traditional Italian recipe, the family opened another parlour on the seafront at Western Esplanade.

In 2016 Rossi’s caused a ripple of excitement in the world of ices by launching the UK’s only black ice cream – the vanilla flavoured concoction was served up for just one day.

Introduced in 2018, they bring the number of flavours to 22 including classic strawberry and the award-winning lemon ice sorbet. 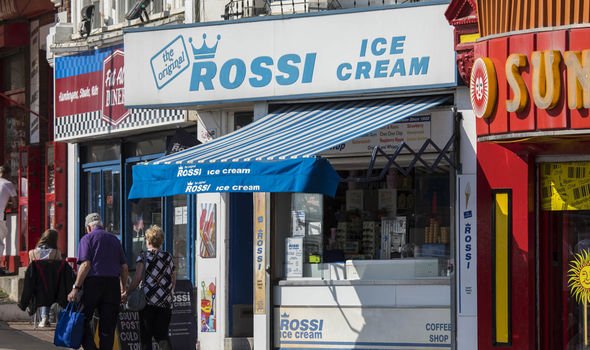 Laying claim to be Scotland’s most famous purveyor of ice cream, Nardini’s is in the seaside town of Largs, just west of Glasgow, enjoying panoramic views over the Firth of Clyde.

It opened in 1935 and underwent a multimillion-pound makeover in 2008, restoring the parlour, cafe and restaurant to their former art deco glory.

Its 32 scrummy flavours of ice cream, made from Scottish milk and double cream, are all produced on the premises.

Crowned UK Ice Cream Champion of Champions in both 2006 and 2008, its ices are as tasty as ever, from the old-school double cream vanilla to the unusual peach and passionfruit cheesecake, while Scottish tablet should satisfy the most sweet-toothed.

In The Victorian fishing village near Swansea, Verdi’s Italian-run parlour on the seafront at Knab Rock has built up a fine reputation for its award-winning ice cream, whipped up from Joe Moruzzi’s family recipes.

After choosing from up to 30 different ice creams, sundaes and sorbets such as Signora Bianca, artist’s palette and sorbetto Don Carlo, bag a seat outdoors to soak up the spectacular views across Swansea Bay.

According to folklore, it was the beauty of the Mermaid of Zennor that lured a young Cornishman into the sea.

Today he would have more likely been seduced by the Moomaid of Zennor’s tempting range of luxury Cornish ice creams, made from the milk of the Friesian Holstein herd at the cliff-top family-run farm set between Zennor Hill and the Atlantic Ocean.

And with a choice of almost 40 ice creams and sorbets there’s a flavour for everyone, from traditional favourites vanilla bean and Cornish clotted cream and honeycomb to delectable concoctions such as limoncello lemon curd and boozy espresso martini (strictly adults-only), not forgetting the notorious “shipwreck ice cream” – a wicked concoction of salted caramel ice cream laced with honeycomb pieces.

With its chequerboard floor, seating booths and jukebox, ice cream parlour and juice bar Lickety Split brought a touch of 1950s Americana to the little County Durham town when it opened near the seafront in 2007. 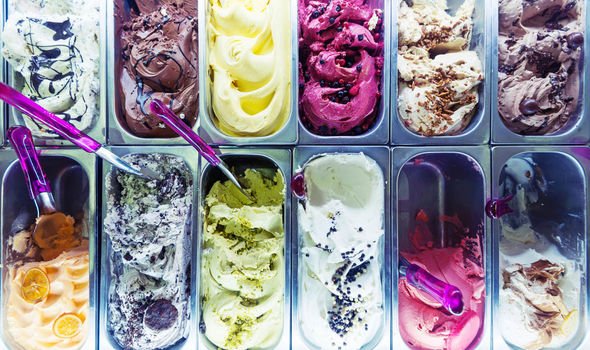 But the ice creams are far from retro, specialising in exciting one-off flavours, which have in the past included bacon and Scotland’s other national drink, Irn-Bru.

On the Causeway coast, in this little town in County Londonderry, Morelli’s has drawn visitors to The Promenade in their droves since 1911 when Peter Morelli came from Lazio in Italy and set up the Ice Palace.

Nephew Angelo Morelli arrived to help out and, taking over the business in 1957, he created the Sundae Garden.

This famous parlour has won many prizes including the Champion of Champions award in 2012 for best vanilla ice cream in the UK and Ireland.

The famous “family fundae” is the ultimate sharing sundae with 10 scoops of ice cream and “a little bit of pretty much everything else”. 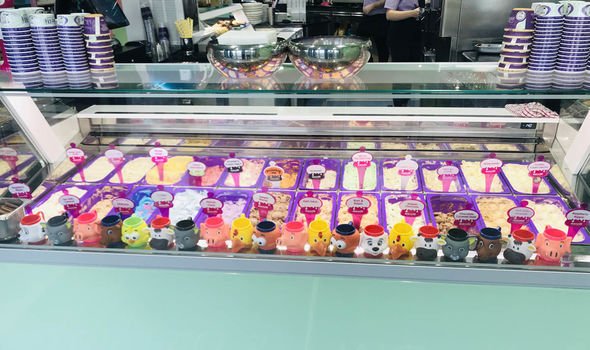 Italian immigrant Giuseppe Morelli – no relation to the Portstewart Morellis – began peddling his ices from the back of his bicycle when he came to the UK in 1907.

Fifteen years later he opened a store in the Kent seaside town and now his family firm has gone global with branches in London, Dallas, Dubai, Kuala Lumpur and many more.

The Broadstairs parlour, above Viking Bay, takes you back in time to the late 1950s with its pink leatherette booths, soda fountain and formica table tops.

In 1908 Bennett Jannetta left the Italian village of Atina near Cassino and brought a touch of La Dolce Vita to the historic town on the east coast of Scotland.

Four generations later, great granddaughter Nicola and her husband Owen are carrying on the family tradition from their South Street location, just a stroll from the seafront, winning the 2014 Golden Cone Award of best ice cream shop in Scotland along the way.

St Andrews may be the home of golf but you can’t make a visit without swinging by Jannettas for a scoop from a staggering 54 varieties of ices.