Coronavirus has pushed Ecuador to prevent planes from Europe landing. Shocking video footage, seemingly filmed from a helicopter, captured the scenes from the air. This is because workers at the Jose Joaquin de Olmedo airport in the city of Guayaquil have parked their cars across the runway.

The vehicles can be seen strewn up and down the ground, leaving no space for planes to land.

The Ecuadorian workers were reportedly ordered to park on the runway by the city’s Mayor Cynthia Viteri.

The measure was reportedly brought in place by the city council.

The aim is said to been to prevent an Iberia Airbus A340 landing after taking off from Madrid. 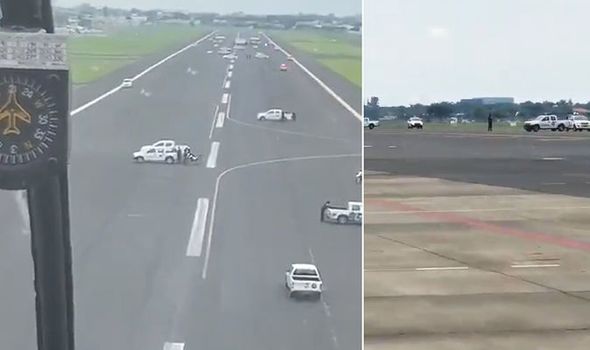 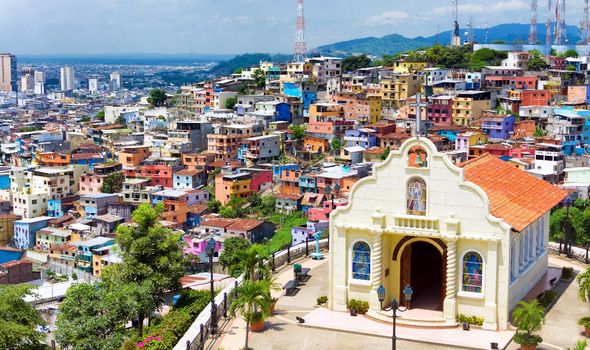 They also wanted to prevent a Boeing 777 operated by KLM from landing after taking off from Amsterdam.

However, it later transpired that there were no passengers onboard the Iberia flight.

It turned out that it had been sent to Ecuador to pick up Spanish citizens in the country to take them back to Spain.

Images taken onboard the aircraft depict rows upon rows of empty seats – and no passengers.

The KLM flight also landed in Quito with only crew members on board.

Reports state 170 passengers then boarded the KLM plane but it is unclear if the two planes have since returned to Europe.

Prosecutors have reportedly begun an investigation into the incident. 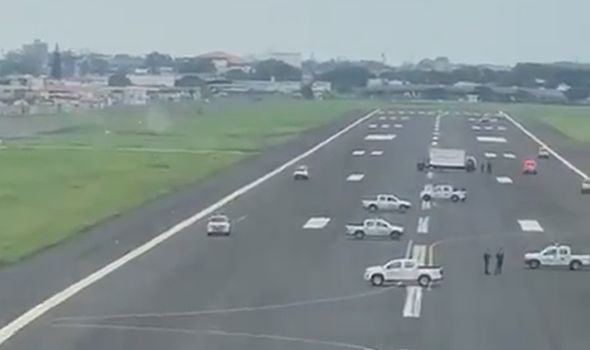 The Ministry of Transport and Public Works is said to have blamed the Guayaquil City Council for making air activity more difficult during the coronavirus pandemic.

Mayor Viteri, who belongs to the conservative Social Christian Party party, took responsibility for the incident.

The official stated she would do it again to protect the city from the arrival of people at risk of having COVID-19.

She claimed the planes had been about to land in the city and the crew members were scheduled to spend the night there before returning the next day. 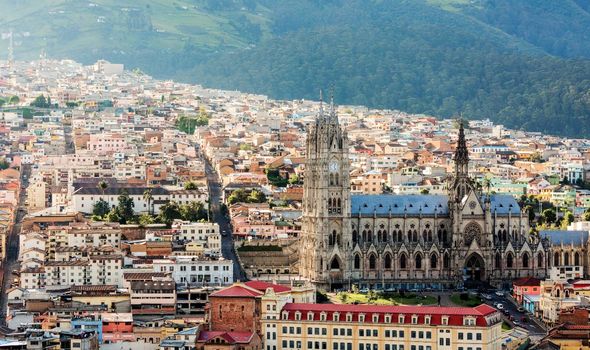 The mayor said Guyauquil is bringing in strict restrictions on movement in and out to prevent the spread of the coronavirus.

The city is one of the worst-affected areas in Ecuador.

Ecuador has suffered 168 confirmed cases of the virus, leading to three deaths.

The investigation is still ongoing.