There are fake fires everywhere at The Georgian Coppa Club. Some of them even have fake smoke — and look awful as a result.

But there’s nothing much else phoney about this 13-room hotel on Haslemere’s High Street, which bills itself as a place for people to pop in at any time of day and hang out with their laptops or friends.

Downstairs, there’s lots of space, with a long, narrow seating area at the front of the building, a bar in the middle and a vast restaurant (I count more than 50 tables, of which only five are occupied) spilling out on to a covered patio area (with heaters) and beyond into the garden.

Here, there are three glass igloos for those who want to be cut off from everyone else but, conversely, don’t mind being looked at in true goldfish-bowl style. 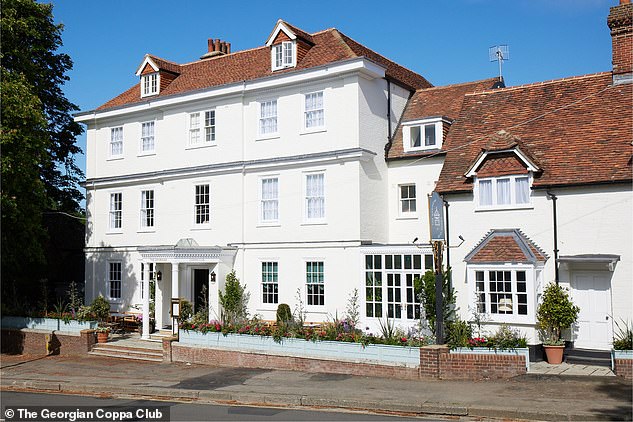 The Inspector spends a night at The Georgian Coppa Club in Surrey, a hotel that bills itself as a place for people to pop in to at any time of day and hang out with their laptops or friends (above)

I’ve booked a ‘small room’ for £95 (without breakfast), but the receptionist tells me: ‘I’ve put you in a bigger room at the same rate because there is a problem with the heating in that part of the building.’

Room 9 is indeed large but, strangely, there’s no comfy armchair — no chair of any kind, in fact.

Walls are soft green; the headboard is made from wood; a couple of colourful prints hang above the bed and a few random hardback books add a touch of interest. But, overall, it’s bland.

Back in the public spaces, I like the light shades hanging from the ceilings, the powder-blue walls and the upholstered sofas and chairs. It feels club-like, which is clearly the intention. 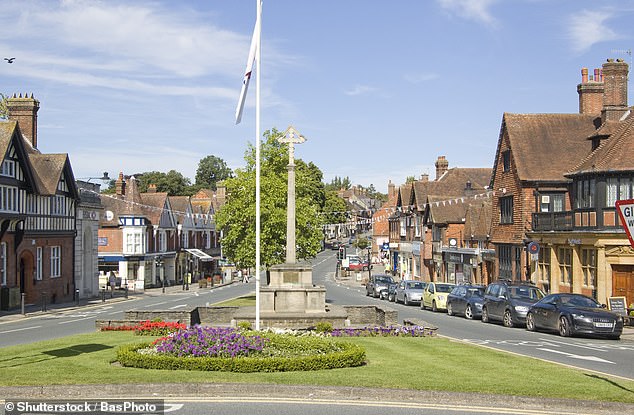 My burrata starter comes with pine nuts and aubergine caponata — but the latter is more like a marmalade, overpowering everything else on the plate. I end up picking out the nuts before they’re lost for ever.

But I enjoy the flat-iron steak with fried zucchini and peppercorn sauce.

The restaurant is deserted in the morning. It’s hard not to feel as though you’re in a vast canteen. ‘A place for you to make your own,’ it says on the website. Perhaps that will happen later, once the High Street comes into its own. For now, it feels lonely.