Chic and cheerful: For a holiday that ticks the boxes on low prices and short transfers and has day trips galore… head to Bulgaria’s budget Riviera

Every week our Holiday Hero Neil Simpson takes an in-depth look at a brilliant holiday topic, doing all the legwork so you don’t have to. This week: Bargains on the Bulgarian Riviera.

For a holiday that ticks the boxes on low prices and short transfers, plus a raft of day trips that include mud baths and a museum full of ancient gold, you would do well to focus on the Bulgarian Riviera.

That’s what locals call more than 80 miles of wide, often Blue Flag beaches along the coast. And while it may not always be as pretty as it sounds, mainly due to the sprawl of new shoreline development, it’s hard to beat on price. 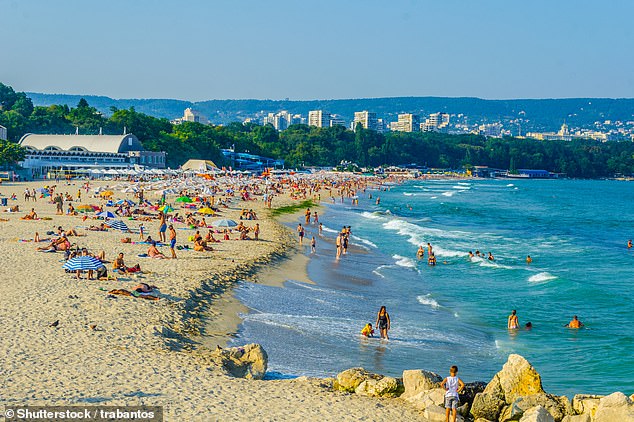 The port city of Varna, dubbed Bulgaria’s summer capital, draws visitors with a treasure trove of the oldest gold in the world. Discovered by a road-digger in the 1970s, the jewellery in Varna’s Archaeological Museum dates back some 6,000 years – that’s older than Tutankhamun’s death mask in Egypt

Travel agents are now offering weeks during the peak season in popular resorts from not much more than £200pp including flights.

Prices are just as reasonable when you arrive – for four years in a row, Bulgaria has been rated the cheapest of 46 destinations in the Post Office’s annual Holiday Money Report. The latest survey includes a comparison of the cost of eight holiday essentials, such as sunscreen, bottled water and dinner for two with wine. On Portugal’s Algarve, the bill is £44, on Corfu it’s £91 and in the South of France it’s £94. In Bulgaria’s Sunny Beach resort, it’ll set you back just £28.

Travel agents also recommend Bulgaria to families who don’t want long transfers to their accommodation but do want high temperatures – the average in August is 30C.

Airlines such as Tui and Jet2, as well as low-cost fliers such as Wizz Air, normally land at Burgas or Varna airports. Both are 30 minutes or less from most hotels. 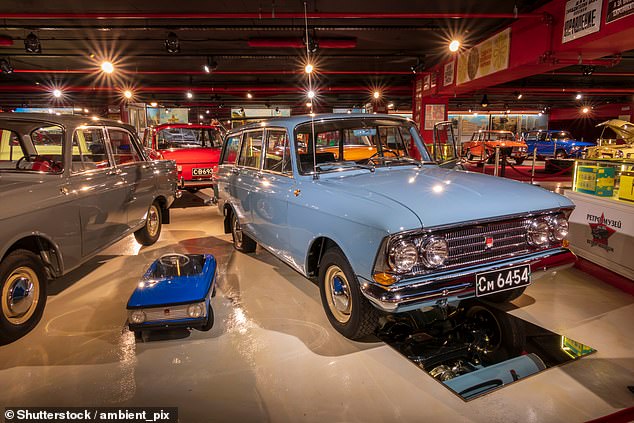 And while Bulgaria’s resorts are more famous for their nightlife than for culture, there is plenty to explore during the day.

The port city of Varna, dubbed Bulgaria’s summer capital, draws visitors with a treasure trove of the oldest gold in the world. Discovered by a road-digger in the 1970s, the jewellery in Varna’s Archaeological Museum dates back some 6,000 years – that’s older than Tutankhamun’s death mask in Egypt.

Varna also has the Retro Museum, with Trabants among 50 other old cars and a host of clunky household objects from the socialist era. 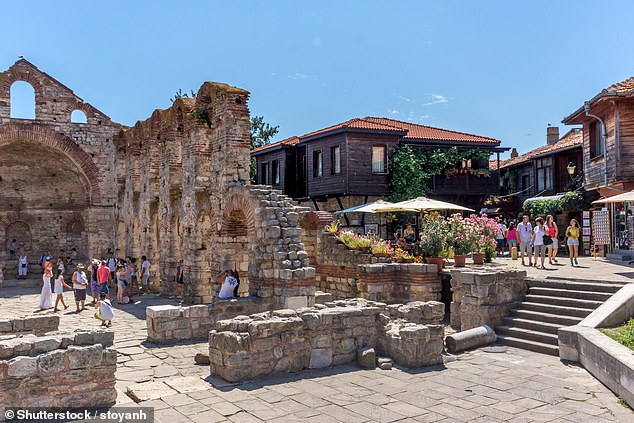 Most tour firms also offer day trips to the quaint old towns of Sozopol and Nessebar. The mud baths of Pomorie Lake near Burgas are another popular destination, where visitors cake themselves in the black mud from head to toe – claims for its medical benefits include treating skin and infertility problems.

Huge shopping malls and water parks along the coast add to the entertainment options.

Accommodation is far from limited, whether you’re looking for an absolute bargain or a boutique hotel or spa. 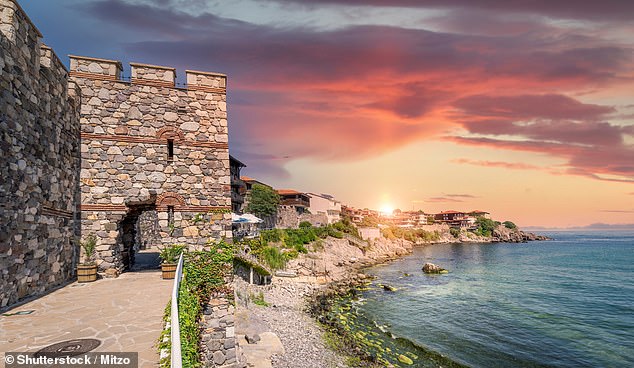 Beautiful: A ruined coastal fortress in Sozopol, which lies on the 80-mile Bulgarian Riviera

The former include flights, transfers and a week’s self-catering in the Viva Apartments of Sunny Beach from £222pp in July. The complex has a pool, cafe and mini-market and is less than five minutes from the sea (onthebeach.co.uk).

Family-friendly, mid-range deals from Trailfinders include flights, private transfers (of just 15 minutes from Burgas airport) and sea-view rooms at the all-inclusive Wave Resort from £749pp for weeks in June. The huge complex has six pools, including a kids’ pool and mini-aquapark, plus an adults-only pool area for quiet moments. There’s also a gym, spa and a stretch of private beach (trailfinders.com)

New for 2022 is Sunny Beach Club, part of Jet2’s stylish Vibe collection. Check in, then relax in a cabana or sink into a bean-bag on the chic, wooden pool-deck. From £391pp, including flights, for a week in September (jet2holidays.co.uk). Or travel independently and stay at the Sea Sense boutique hotel in Sozopol, where serene, sea-view double rooms start at about £75 a night (seasense.bg).